Where: Centro La Pineta (ex DLF)
Via Camuzzoni 1/A (near the Railway Station/Bus Station)
Verona - Italy

1.  The “24th Cup City of Verona – Memorial Enrico Molesini”, OPEN tournament of international draughts, will take place in Verona (Italy), on 21 and 22 March 2020, at the sporting center “La Pineta”, Via Camuzzoni 1.

4.  There will be only one main group (OPEN) for all the players.
Participants will play 6 rounds of games. The FID (Italian) Swiss system will be employed.
A time control of 35 minutes plus 30 seconds of recharge per move (Fischer system) will be applied.
Results will count towards the FID Rating (100%) and the FMJD Rating (40%).

5.  For Italian players of the last category there will be a special group on Sunday.

7.  The Closing Ceremony with the award of prizes is scheduled at about 17:00 on Sunday 22.

8.  The Main Arbiter is allowed to adapt the general FID rules and regulations for competitions in order to conduct the tournament at its best.

9.  Any player may lodge a complaint with the Main Arbiter, together with the amount of 30 €. Money will be returned if the complaint is accepted.

10. For all the remaining issues the general FID and FMJD rules and regulations will be in place.

Three categories of prizes are provided: the first category (based on the final General Ranking), the second and the third. All participants may compete for the first category, and some participants may also compete for the second and the third, according to a “formal” subdivision of the players into 3 equal subgroups, based on their initial FID rating.

Of course, there are also many others B&B or hotels you can find on the web (organizers are friendly available for transportation). We suggest to book As Soon As Possible.

In the sporting center there is a restaurant with very cheap prices. 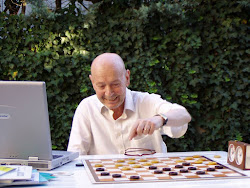